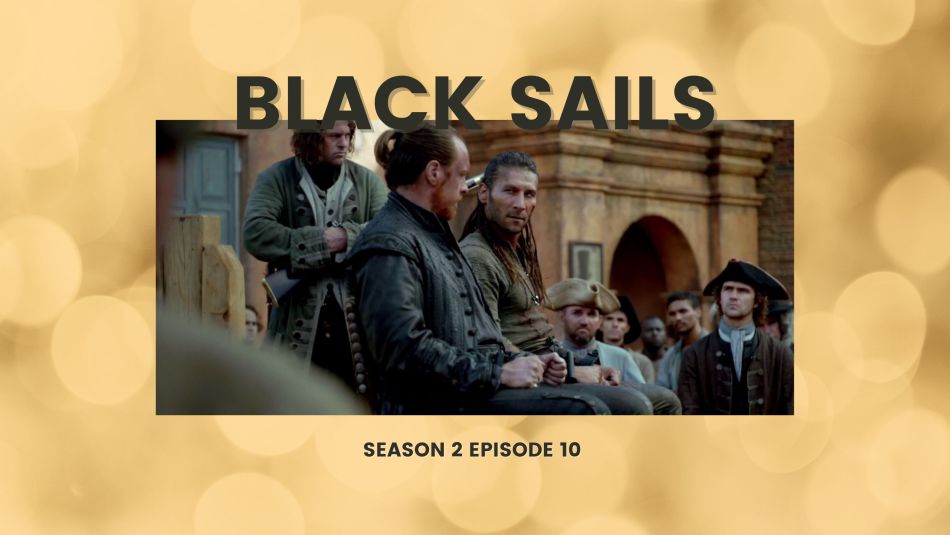 In the midst of escaping Charles Town, Flint stops to free some caged slaves who help him kill an attacker.

I love this as Free the Slaves! Flint, but I like it even more for how it’s presented in context.  Flint is a revolutionary, and he’s more open to those society ostracizes than most white men, but he is still a man of his time.  He probably wouldn’t have gone out of his way to free those slaves if they hadn’t helped him.  It’s also worth mentioning that his strategic mind assumed they would cause further chaos and violence which would help Vane and himself escape.  BUT, I do think he recognizes the humanity and the shared Otherness of the slaves, and that this makes him pause for a crucial few seconds to free them and let them make of freedom what they can.

Basically, I don’t want to give Flint TOO much credit, but also, it’s hella satisfying to watch.

For the first time ever, I have to give TWO characters this coveted position:  Vane and Silver.

This is really the first time I whole-heartedly love Vane.  I liked him before, but was always wary of him.  Now that he sees the larger war and is able to put his personal squabbles with Flint to the side, he is electric!  THEY ARE SUCH A GOOD TEAM.  Their banter while sitting in chains!  The way they run together, fight together, escape together!  So good!

But definitely my favorite Vane moment of this episode, the most Quintessential Vane Moment, is when, in the midst of the trial, he stands and starts addressing the crowd.  A stodgy dude in a white wig insists “It’s not your turn to talk” and Vane is all “Uh, Imma talk anyway, because I believe in claiming your own freedom and couldn’t care less about your ideas of order or law,” and I’m all <3.

It felt like a disservice to ignore Silver, though, so he gets space here too!  Although honestly, I want to give this award specifically to Luke Arnold, who makes the most phenomenally painful expressions while having his leg pulverized and later cut off.  The agony he shows through expression and voice is doubly gut-wrenching because of how completely vulnerable he is in those moments.  You see his every emotion: his fear, his regret, his confusion.

I didn’t realize until this watch through that he LET his leg be pulverized, knowing that the keys had been stolen back when he was dragged away from the Walrus crew, trusting that they would escape their chains and rescue him.  That is such an act of trust and camaraderie, and it is this first step toward community that you can see he immediately regrets.  I might be reading future plotlines into the present, but when he’s told, “The crew will look out for you, don’t worry about that,” his face flashes with this emotion of “but I don’t want that, I don’t want this.”  Oh, Silver!

I want to pause and take a moment to think through what Flint’s plan originally was, and how it has changed.  This is something that caused me a lot of confusion on my first time watching the show, especially with what happens in season 3, so I want to clarify as much as possible here at the center of it all.

In 209, we learn that his plan was for Nassau to “return to colonial rule with existing power structure in place.”  The existing power structure is Eleanor, which is why he allied with her and supported her business endeavors.  He sought the Urca gold because he thought that would give her a secure financial base from which to work (and as backup in case their plan fell through and England retaliated).  But he did want colonial rule, a return to “legitimacy” to use Eleanor’s oft-repeated word.  He wants to remove the cloud of fear that hangs over everything, allowing pirates to become tradesmen, farmers, and soldiers.  With this plan, there will be compromises, but Flint believes they are worth making.

In 210, everything has changed.  Despite the corruption in England that led to Thomas’s death and James and Miranda’s exile, Flint believed that there was still good in civilization.  This hope is personified in Peter Ashe.  Despite being an avid pirate-killer, Flint believes he can convince Ashe to see a bigger picture of humanity and hope that will influence a change in civilization.  But in Peter Ashe, Flint realizes that civilization doesn’t change, it just reveals deeper corruptions than previously imagined.

When Miranda screams at Ashe for his actions in betraying her loved ones, he insists he betrayed them for the safety of his own family.  He says, and I think this is the crucial quote that changes Flint’s mind, “You wish to return to civilization, THAT is what civilization is.”  This is only confirmed when Miranda is shot for…being an unarmed woman moving toward an unarmed man, and to cover up the mess, an innocent Flint is tried for piracy to divert attention.  Civilization is, above all, concerned with appearances, and in order to uphold those appearances, all manner of evil is considered justified.

Flint is done with this.  Fueled by personal pain, he has no more interest in helping Nassau return to colonial rule.  He wants nothing more to do with England or legitimacy.  I’m not sure if he has a vision of what he WANTS for Nassau yet, but he definitely has a vision of what he does NOT want.  Thanks to Colonel Rhett’s 208 statement that “the moment you stop fearing [piracy], it loses all its power,” Flint knows the way forward.  Make Nassau powerful by making England very, very afraid.

Ashe:  Let her go to her rest peacefully.  You cannot tell me that isn’t what she would have wanted.
Flint:  She was clear about what she wanted, and I don’t think it had anything to do with begging your forgiveness.  What she wanted was the truth to be known.  What was the truth of it, my lord?  Why did you betray those closest to you all those years ago?  Was it really so small and vile as a bribe?  The promise of lording over other men in this place?  Or were you simply too weak to say no?  Too cowardly to do the harder thing and preserve your decency?  Tell me it was the latter.  Tell me this is all happening because of your cowardice.  I could accept that.  I might forgive that.

Anne:  You saved me from something awful, Jack, and I owe you my life for it.  Maybe there’s some part of that you just can’t owe.
Jack:  But you can owe it to Max?
Anne:  I don’t feel that way with her.  I was in every tavern in that town trying to find us spies, build out this thing we started.  And every time I said my name, they knew my name.  The first thing they said every time was your name, like we was two halves of the same thing.  I can’t be your wife, Jack, but you and I are gonna be partners till they put us in the fucking ground.

Prosecutor:  Will you say nothing in your own defense?  You see?  These crimes are so vile that even their perpetrator is struck dumb when given a chance to speak.
Flint:  I have one regret.  I regret ever coming to this place with the assumption that a reconciliation could be found, that reason could be a bridge between us.  Everyone is a monster to someone.  Since you are so convinced that I am yours, I will be it.

Flint:  What the fuck are you doing here?
Vane:  Came to take your ship.  Stayed to get you out of all this.  Figured if anyone was going to make a trophy of you, it really ought to be me.
Flint:  So this is your plan?  Walk in here and read a girl’s diary?
Vane:  More or less.
Flint:  I see.  So now you have everyone’s eyes where you want them, on the two of us, what happens next?  When it happens, once I’m free, whenever it is, you won’t want to get in my way.
Vane:  When it happens, we will be moving to the jetty and out of this place.  Didn’t come all this way to have them kill you steps from the gallows.
Flint:  They’re all trying so hard to convince themselves that they have nothing to be afraid of.  How is running going to change that?
Vane:  What do you suggest?
Flint:  That we remind them that they were right to be afraid. 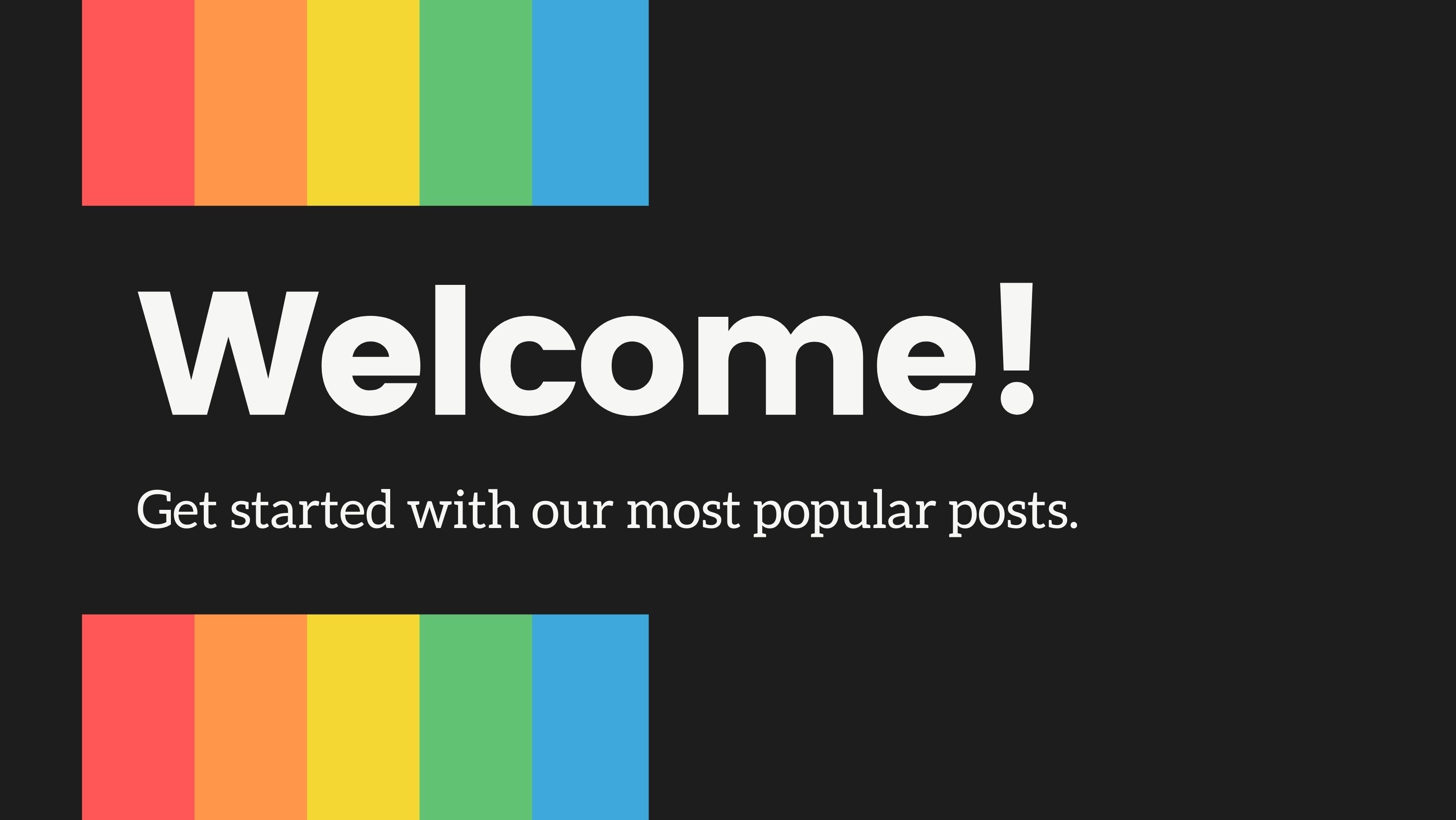 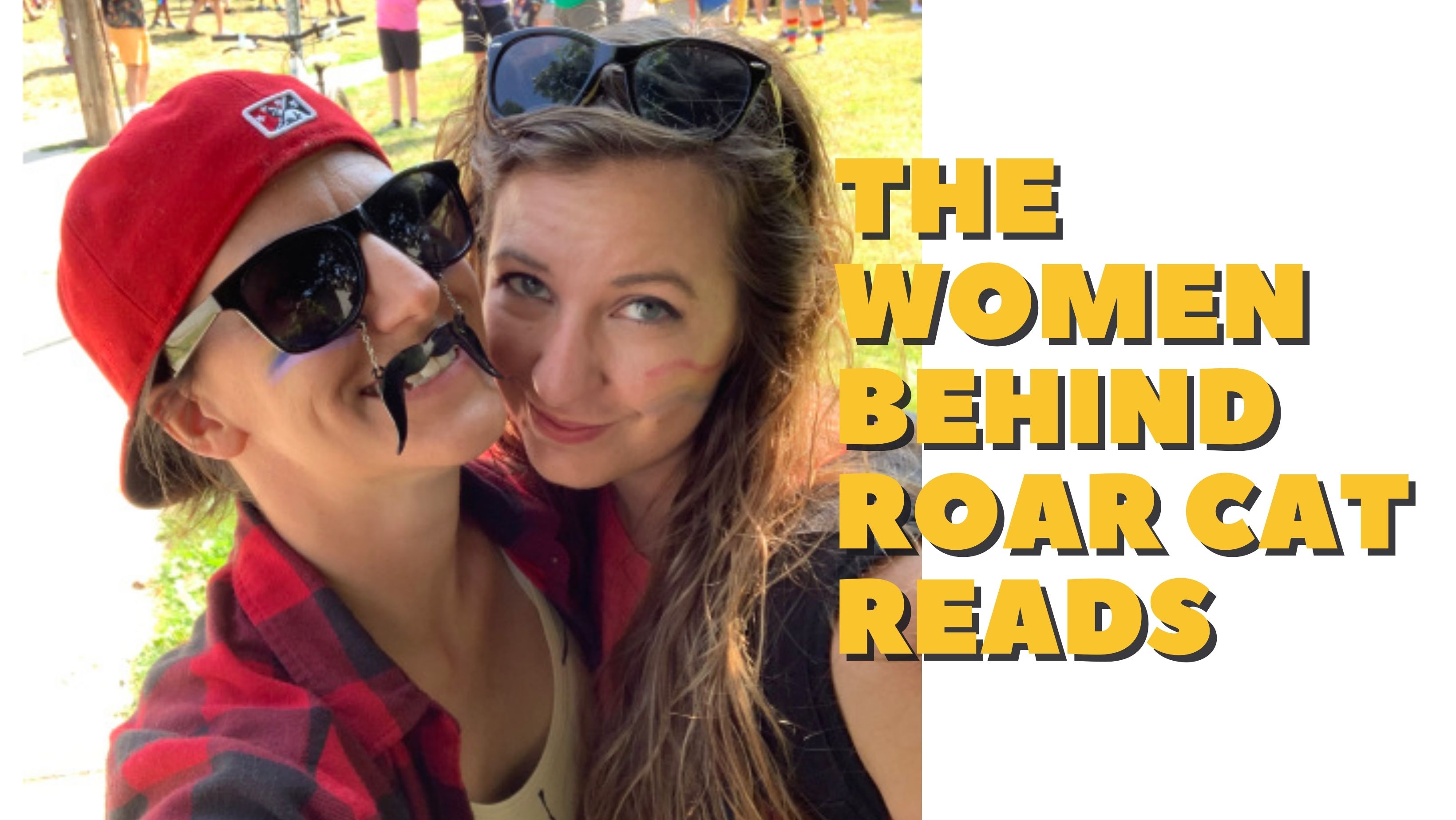 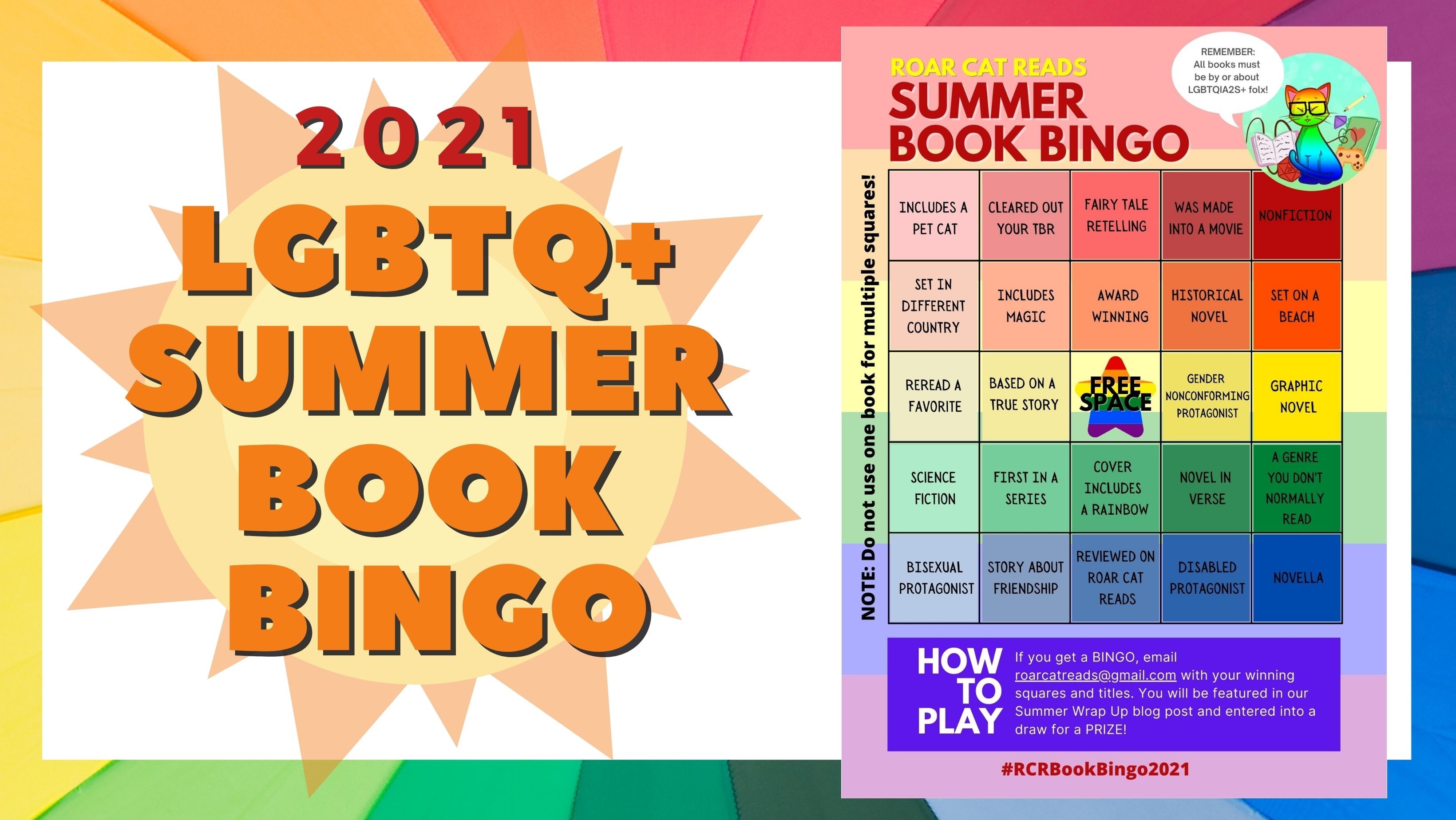 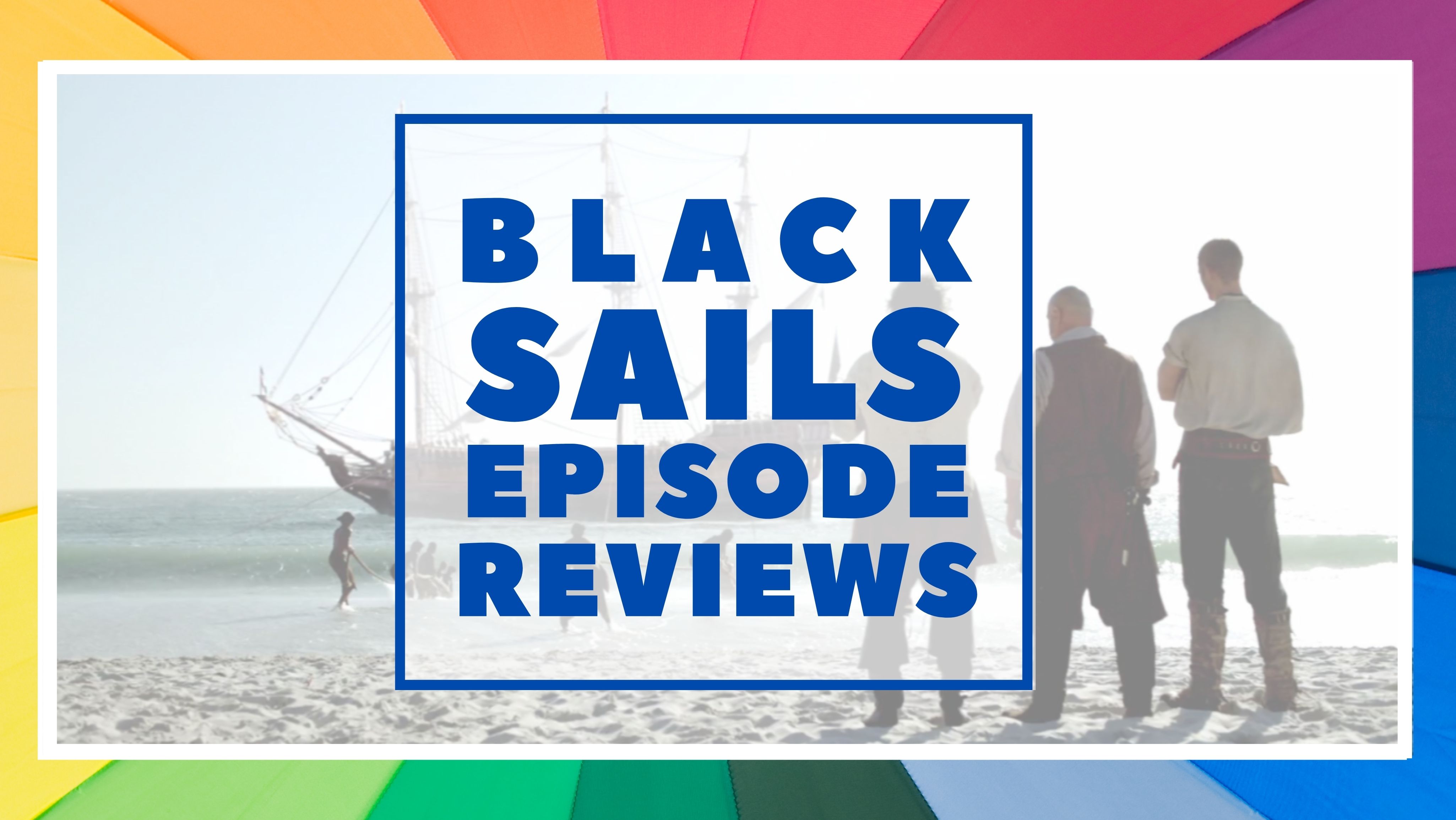