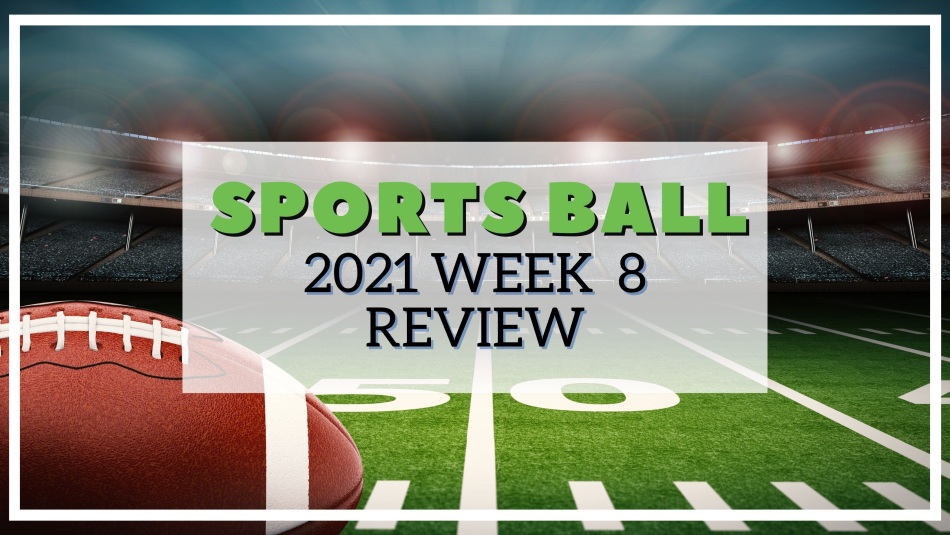 A big thank you to our contributors from last week! The look inside the mind of a beard was fantastic: the second guessing, the self doubt and crushing defeat all backed up with statistical analysis! Although I am surprised there was no link to a 45 minute video on the saddest ever punt or something. And the Doves did us all proud. You may not know anything about football and still perhaps can’t name three players on your team, but you certainly can write a blog post (and break the soul of a manatee).

The Fire Pandas were all fired up for this local derby (it’s a British term for when two teams from the same city play each other, which warrants an excessive police presence to keep the opposing fans from fighting each other over a game that is otherwise meaningless)! Unlike the streets of British cities, however, the Mc-Adams household was not strewn with burning garbage after the points were tallied. Surrounded by liquid squalor, the Manatees try to remember what it was like to win a game instead of booping their snoot against the glass of disappointment.

While the Fire Pandas picked up an easy win, there is some cause for concern. A misfiring Patrick Mahomes in the line up and a benched Tyler Lockett made the Fire Pandas beatable…just not by the Manatees.

Scapecow of the week: It was a close one this week. Emanuel Sanders delivered a big ol’ 0, but no, this week The Cincinnati Defense wins the infamous title by scoring 1 point against the freaking Jets!

Johnathan was rather active in the chat on Monday night when this one was decided. After all, he does have a winning streak to defend, and the Purple Moose gave the bears a run for their money. If this were a nature show narrated by David Attenborough (or who ever the Canadian equivalent is), we would see a bear chasing down a tired moose…a slippery rock, a misplaced hoof, a stumble and a blood stained bear muzzle! “Misfortune for the moose means this bear won’t be going hungry, he has gorged himself for the coming winter and will soon go into hibernation.”

Misplaced hoof, thy name is Travis Kelce, who has been so reliable for so long, outscored by Harrison Butker and his very well placed kicking paw.

the replacements vs Eurasian Collared Doves

In an otherwise low scoring week for the league in general, this battle of relative titans contained the two highest scores of the week. A real contest then! Well no, it was another drastic over-compensation from the replacements after losing last week, racking up 160 points and leaving nothing on the bench. Way to stay at .500 Amy. Lull them with a false sense of security one week and then Hulk Smash the next!

The Doves remembered to start Koo and managed to peck up 126 points of bread crusts and other assorted garbage. Puff chested they raised their beak to the sky, but were cut off by a conversed foot launching them into the losing column and loosing an undignified squawk.

The Beards had some solid performances at RB 1&2 and WR 1&2, like a set of fine mutton chops that highlighted the underperforming, clean shaven chin of QB Kirk Cousins. Thankfully, the answer to last week’s preview question was ‘really itchy’. The beards win this one by a whisker to go 2-6.

More little buttons or whatever might be needed to inspire Nick Chubb and James Robinson next week, so I expect you can find Carrie at Michael’s this week stocking up, or else out back of the barber shop picking up more stuffing…

Another team who picked up a much needed win was Team Sorto in another home town show down with Real Slim Brady. Josh Allen came through with a big game for Adriana, right when she needed it the most!

Real Slim Brady had some weapons in their line up with Ekler and Godwin combined for 53.4 points. Unfortunately the rest of the team could only manage another 56.5 combined. Better weeks ahead for Real Slim Brady with the return of Christian McCaffrey imminent.

Finger Puppets and Fire Pandas are battling it out for third; the Moose have dropped back to 500 with the replacements who are poised to make the playoffs.

Eurasian Collared Doves are trying to get off the ground at 3-5.

Lies Lies Lies all the way down. Viva la revolución!

Preview of This Week’s Games

Tom Brady, the only viable Seacow, is on Bye this week, so the Purple Moose are probably feeling pretty good about this match up. But wait, in a show of sea mammal patriotism the Seacows have picked up Tua of the Dolphins! Rise, you creatures of the ocean!

Bad News Bears vs the replacements

In the wax and wane cycle that is the replacements week by week performance, this week should be another win for the Bad News Bears. Will this be the week Amy bucks the trend? Or will the Bears continue to gorge themselves on wins?

Both teams are on the rise with QB’s who have struggled at times this season. The Fire Pandas might have more wins, but Team Sorto has it all to play for! This match up between secretly competitive but very polite people will be one to watch this week.

He’s back! CMC has returned, but for how long? The Beards hope less than 5 minutes, Real Slim Brady hopes forever, and we will know by 11 am on Sunday who gets their wish. Zooming out to the teams as a whole, the projection has this one for Real Slim Brady by 14 points. Will the Beards keep Kirk Cousins in the line up and rely on their mutton chops once more?

A tough bye week for the ECD with both regular QB’s sidelined. The Battling finger puppets setting up for victory with their Baltimore QB/WR stack, look out doves, those aren’t crumbs your pecking at, they are indigestible little buttons!