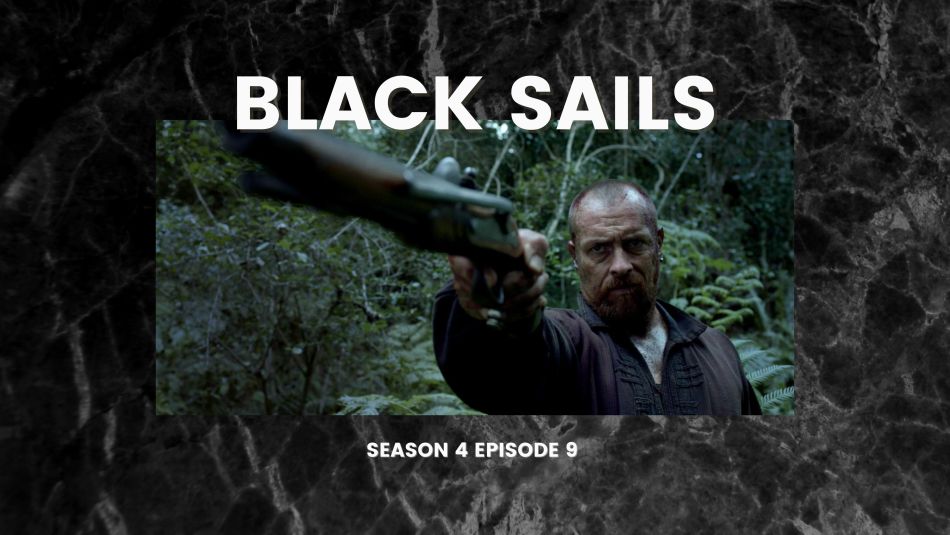 Silver and his men hunt for Flint on Skeleton Island.  Madi is made an offer.  Rogers struggles to hear Eleanor.  Billy casts his lot.

I don’t WANT to be the sort of person who is aroused by Flint singlehandedly murdering three people at once, but.  Here we are.

The man is unstoppable.

Madi!  She isn’t given a lot of screen time, but what she has is incandescent.  She refuses to play Woodes Rogers’s game, confident that her fight for her people is more important than any personal desire she might have.  And just so he’s very clear, she refuses to play the bad guy, insisting that he alone is responsible for his wife’s death, not her, not Flint, not the war.  I LOVE HER.

LOL, poor Jack.  He was so close to living in a drama, but life keeps insisting that he’s in a comedy.

I am far less invested in Flint and Silver’s relationship during this rewatch than I was the first time through, but WOW did this episode bring all the feelings back.  Their flashbacks remind us of their early season 4 friendship while simultaneously framing their central conflict of the season (“What are you looking at?”  “Nassau.  Can’t you see it?”)

Throughout the series, we have built their partnership into something supernatural, something that, when united, can accomplish anything.  The crew members of the Walrus also believe in this supernatural relationship, assuming that Silver can intuitively divine which way Flint went in the forest.  But theirs is a relationship as human as any other, and these flashbacks reveal the cracks that will eventually split their trust in each other.  Not all of the supernaturalism is removed, however, since the breaking of their partnership really does have catastrophic effects upon their world (RIP Walrus).

Flint can never fully trust Silver’s lack of a backstory.  Not only is he saddened that Silver would continue to lie to him, he realizes that Silver sees the world in a fundamentally different way than he does.  Silver wants to remake himself as though the past has no influence, and for Flint, the future he is trying to will into existence is entirely influenced by the past.  They are both storytellers, but only one believes in the power of story.

Silver can never fully trust that Flint will see beyond his war.  He is the more subtly emotional man, desperate for attention and affection.  His greatest betrayal by Flint is from his captain’s “arrogance” and “indifference” when he thought they’d been equals.  He, more than Flint, values individual relationships, and while he mostly talks about his fear of losing Madi, it is clear that some part of him is hurt that Flint will always choose the war over him, too.

No matter how close they were, no matter what they accomplished together, Flint and Silver’s partnership was always doomed to falter at some point.  Their complementary skills (visionary/practical, idealist/realist) are what made them so powerful together, but under the strain of war and lost lives, these differences prove to create mistrust between them.

Despite how dark this is, there is hope.  Flint still believes in reconciling with Silver, seeing in Silver’s grief and desperation an echo of his own season 3 rage.  He knows it can pass, and he believes that if Madi is saved, his partnership with Silver can be restored.  In fact, he believes this so strongly that he kills Dooley, a man wholly committed to Flint, so as not to lose Silver, who is actively trying to kill him.  One side of the partnership is committed – we have one final episode to determine if this feeling will be reciprocated.

“The men, I have to manage how they see me.  I understand that’s part of my job.  But for pride to be an issue between you and I, well, I think we’re plain past that by now, don’t you?”

“But I hear other voices, a chorus of voices.  Multitudes.  They reach back centuries.  Men and women and children who lost their lives to men like you.  Men and women and children forced to wear your chains.  I must answer to them, and this war, their war, Flint’s war, my war – it will not be bargained away to avoid a fight, to save John Silver’s life or his men’s or mine.  And you believe what you will, but it was neither Flint nor the Spanish raider who killed your wife.  That, you did.”

“”The truth is there is no story to tell.”
“No one’s past is that unremarkable.”
“Not unremarkable, just without relevance.  A long time ago, I absolved myself from the obligation of finding any.  No need to account for all my life’s events in the context of a story that somehow defines me.  Events, some of which no one could divine any meaning from other than that the world is a place of unending horrors.  I’ve come to peace with the knowledge that there is no storyteller imposing any coherence, nor sense, nor grace upon those events.  Therefore, there’s no duty on my part to search for it.  You know of me all I can bear to be known.  All that is relevant to be known.  That is to say, you know my genuine friendship and loyalty.  Can that be enough and there still be trust between us?”

“There are no monsters in the dark, though there are dangers.  Let’s take care to tell the difference.”

“Even if you could kill me, even if that somehow helped you see her alive again, how are you going to explain it to her?  She believes in this as much as I do.  You know this.  If it costs the war to save her, you’ll have lost her anyway.  Even you cannot construct a story to make her forgive you that.”

“Can’t you see it?  It isn’t utility that’s behind his investment in me nor necessity, nor dependency.  I understand you fear a false motive.  But this much is clear to me now:  I have earn his respect.  And after all the tragedies that man has suffered, the loss of Thomas, the events of Charles Town, I have earned his trust.  I have his true friendship, and so he’s going to have mine.  As long as that is true, I cannot imagine what is possible.”