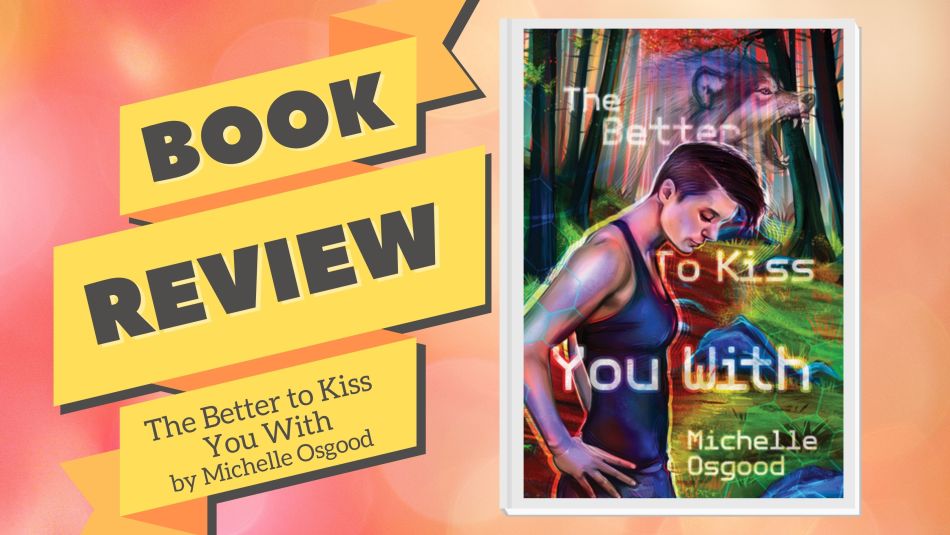 In the rare moments when Deanna Scott isn’t working as the moderator for Wolf’s Run, an online werewolf role-playing game, she wanders the local forest trails with her golden retriever, Arthur, and daydreams about Jaime, the attractive, enigmatic woman who lives upstairs. As Wolf Run’s ‘den mother,’ Deanna is accustomed to petty online drama. But when threats from an antagonistic player escalate, Deanna wonders if her awesome online job could be riskier than she d ever imagined and if her new girlfriend knows more about this community than she had realized.

The Better to Kiss You With is a fun lesbian romance with great characters and exactly the right amount of “Yes, there are werewolves, but it isn’t melodramatic.” Let’s be honest, it’s hard to begin anywhere other than werewolves, once you know they’re going to be in a romance novel. For starters, and this would have been very important information to me before reading – there is no sex between human and werewolf!

Instead, we get a really cute story of two lesbians meeting in their building’s hallway, going on sweet dates and having hot sex. There are semi-dramatic, semi-tongue in cheek hints that one of them may be a werewolf, but the actual reveal leans much more into a protective metaphor than a sexy metaphor. And I cannot stress this enough – the characters are all a little embarrassed to find themselves in a werewolf story. Like, they realize it’s weird, and they’re going to talk about all of the repercussions that would naturally come up, but it’s going to be with humor and teasing.

The other aspect of the werewolf thing is that Deanna runs a role-playing game server based on werewolves in Vancouver (sign me up!), and she winds up dealing with an internet troll – er, werewolf – who is an online predator AND actual predator. This metaphor worked for me so well! I also loved Osgood’s takedown of this guy, as she refuses to give him the dignity of being hot or skillful. He’s just a violent a$$hole that needs to be taken care of.

I would be remiss if I didn’t mention how much I loved Deanna’s relationships outside of girlfriend Jaime, by which I mean with her dog and her best friend. They are fully realized characters who are equally meaningful to her safety and well-being. While I love a good all-encompassing romance, I worry about characters whose sense of self wholly depends on a significant other.

The Better to Kiss You With is the book to give to your sapphic friend who wants a fun, quick, sexy read!