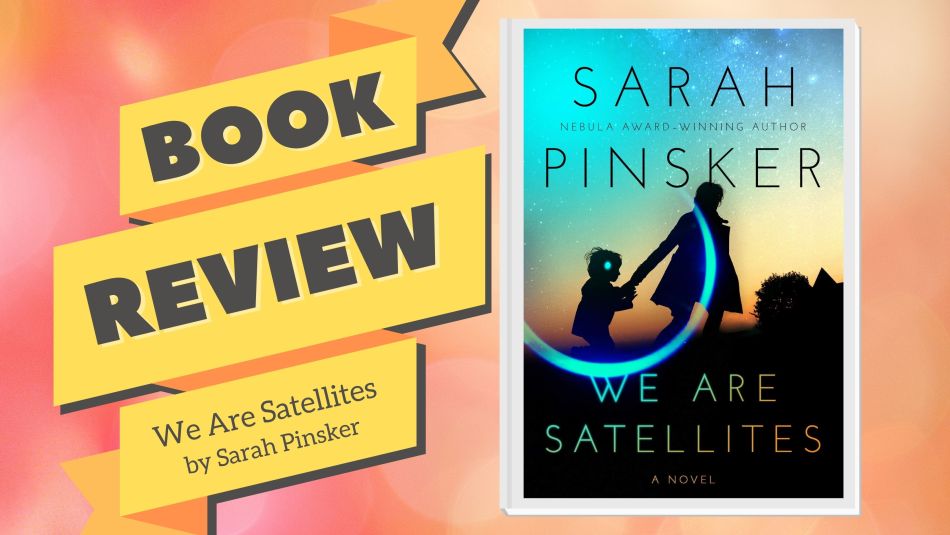 From award-winning author Sarah Pinsker comes a novel about one family and the technology that divides them.

Val and Julie just want what’s best for their kids, David and Sophie. So when teenage son David comes home one day asking for a Pilot, a new brain implant to help with school, they reluctantly agree. This is the future, after all.

Soon, Julie feels mounting pressure at work to get a Pilot to keep pace with her colleagues, leaving Val and Sophie part of the shrinking minority of people without the device.

Before long, the implications are clear, for the family and society: get a Pilot or get left behind. With government subsidies and no downside, why would anyone refuse? And how do you stop a technology once it’s everywhere? Those are the questions Sophie and her anti-Pilot movement rise up to answer, even if it puts them up against the Pilot’s powerful manufacturer and pits Sophie against the people she loves most.

We Are Satellites is a realistic near-future science fiction novel that focuses on the cultural effects of a potentially exploitative tech advancement rather than the genre’s flashier explosions and chaos stories. As such, I found it to be a bit of a slower read, but one that resulted in a lot more consideration and long-term interest.

Would you accept a brain alteration that allowed you to split your focus effectively? I definitely would, and so would nearly everyone in this novel. While that isn’t necessarily a bad thing, Pinsker demands that we consider how such a tech revolution would expand the gap between the haves and have nots, leaving those with disabilities behind.

The story follows a family of four, each of whom has a unique relationship to the Pilots that go from unique to ubiquitous over the years covered in the book. One mother gets a Pilot for work advancement, the second mother is against them, the daughter is not allowed to get one due to a history of seizures, and the son gets a Pilot but experiences debilitating side effects. Although I’m not often a fan of books that shift characters’ POVs, I thought this was done extremely well here. Changing perspectives is never done for the sake of a cliffhanger; they’re always to allow for deeper character and relationship exploration.

I highly recommend We Are Satellites, and it was resoundingly enjoyed by my book club. If you, like me, find the beginning a little slow, take your time but please stick with it! You’ll be rewarding with a thoughtful and timely story.

Give We Are Satellites to the sci-fi lover who is more interested in character development than fast-paced action sequences.

0 comments on “We Are Satellites by Sarah Pinsker”