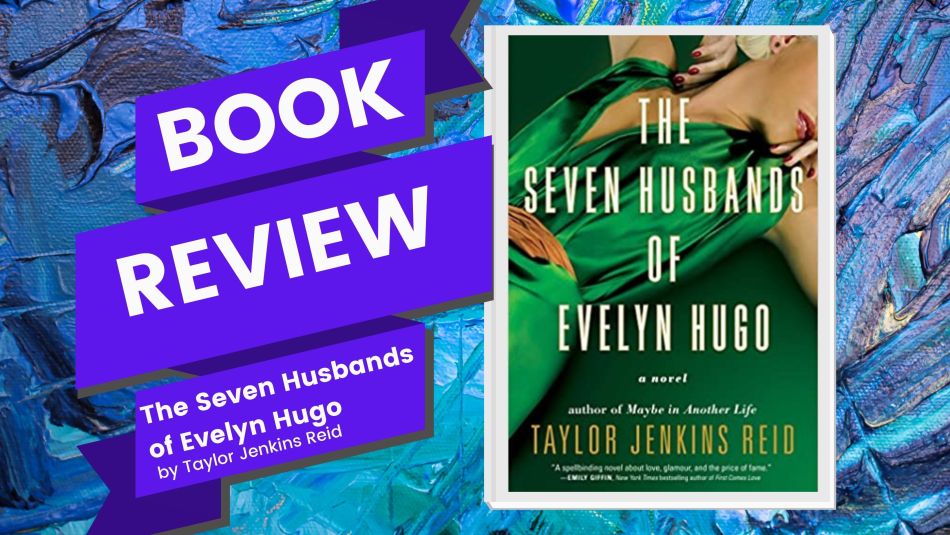 Aging and reclusive Hollywood movie icon Evelyn Hugo is finally ready to tell the truth about her glamorous and scandalous life. But when she chooses unknown magazine reporter Monique Grant for the job, no one is more astounded than Monique herself. Why her? Why now?

Monique is not exactly on top of the world. Her husband has left her, and her professional life is going nowhere. Regardless of why Evelyn has selected her to write her biography, Monique is determined to use this opportunity to jumpstart her career.

Summoned to Evelyn’s luxurious apartment, Monique listens in fascination as the actress tells her story. From making her way to Los Angeles in the 1950s to her decision to leave show business in the ‘80s, and, of course, the seven husbands along the way, Evelyn unspools a tale of ruthless ambition, unexpected friendship, and a great forbidden love. Monique begins to feel a very real connection to the legendary star, but as Evelyn’s story near its conclusion, it becomes clear that her life intersects with Monique’s own in tragic and irreversible ways.

The world’s straightest title masks a deeply romantic bisexual love story. If you love Old Hollywood, (fictional) tell alls, and confident women who are unapologetic about the course their life has taken, then this is the book for you!

Smartly written, protagonist Monique has been plucked from reporter obscurity to write a biography of superstar Evelyn Hugo for seemingly no reason. While Monique’s story is interesting, Reid knows that once we are introduced to Evelyn, hers is the narrative we want to spend the most time with.

Framed in a timeline that takes us through each of her husbands, Evelyn is young Cuban woman who wants to escape her life of poverty and the dangerous look in her father’s eyes. At age 14 she marries an older man to escape to California and unapologetically uses her sex appeal to start her acting career. Throughout the novel, Evelyn insists that she does not regret any of her actions; what other options did a woman in her position have?

This is what makes Evelyn such an appealing protagonist. She has lost much – her Cuban heritage when Hollywood executives change her name and dye her hair blonde, her innocence when she realizes the only currency she has is sex – but she is so ambitious and determined that she never lets these tragedies define her. They happened, but they served a purpose, and she wouldn’t unwrite them.

In fact, the only thing that she regrets is the spouse that no one knows about – as a Hollywood starlet determined to be the kind of rich that doesn’t rely on anyone ever, her relationship with co-star Celia St. James had to be hidden. And in hiding their love, Evelyn made choices that nearly ruined their relationship. Now, at the end of her life, she wants to tell the world that she is a bisexual woman and that her seven husbands didn’t hold a candle to her wife.

This book is compelling, fun, and a total page-turner. Just when we are fully engrossed in Evelyn’s life, her story merges with Monique’s authentically and ties hints from the beginning of the book to its conclusion. It’s a smart, entertaining read that should satisfy anyone looking for a fun summer read.

As I mentioned in the review, Evelyn Hugo reveals that the relationship she considers most important was with a woman. More than that, she is unapologetically bisexual, despite the confusion and pain this causes both her heterosexual and homosexual partners. One of her best friends is also gay, and it is heartbreaking to read how even the world’s most powerful people were forced (and often are still forced) to hide who they are to maintain that cultural power.

Literally everyone! But if historical fiction about strong women appeals to you, this should satisfy.