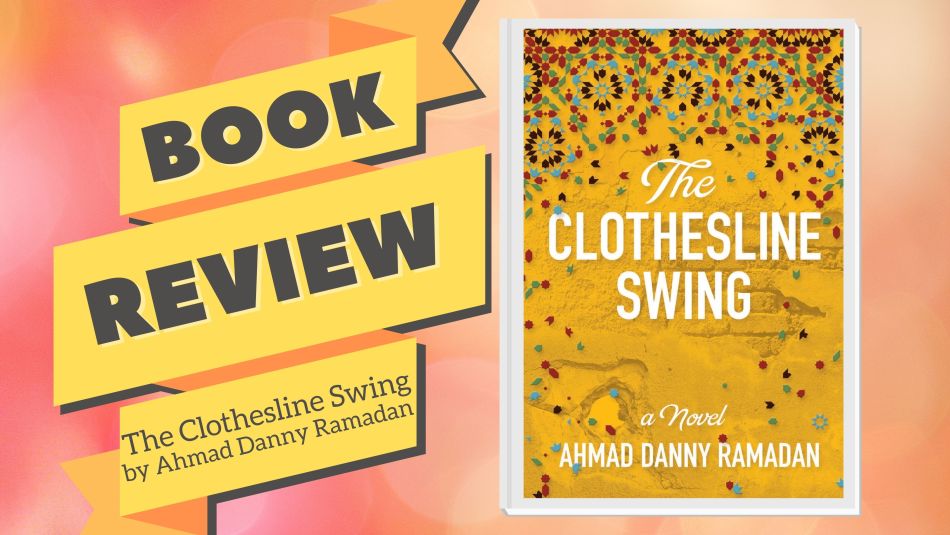 The Clothesline Swing is a journey through the troublesome aftermath of the Arab Spring. A former Syrian refugee himself, Ramadan unveils an enthralling tale of courage that weaves through the mountains of Syria, the valleys of Lebanon, the encircling seas of Turkey, the heat of Egypt and finally, the hope of a new home in Canada.

Inspired by Arabian Tales of One Thousand and One Nights, The Clothesline Swing tells the epic story of two lovers anchored to the memory of a dying Syria. One is a Hakawati, a storyteller, keeping life in forward motion by relaying remembered fables to his dying partner. Each night he weaves stories of his childhood in Damascus, of the cruelty he has endured for his sexuality, of leaving home, of war, of his fated meeting with his lover. Meanwhile Death himself, in his dark cloak, shares the house with the two men, eavesdropping on their secrets as he awaits their final undoing.

The Clothesline Swing is a gorgeously written novel about love, death, and the stories we tell to stay alive. Written in overlapping and intersecting stories told by a gay man to his dying lover in their Vancouver home, we slowly learn more about their lives in perfectly timed revelations.

This is a book about trauma, from being raised with abuse and neglect, to being a gay man in an oppressive culture, to surviving uprisings and war; most importantly, it is about the intersection of all of these things. It is a book about loss, but it is also a book about endurance, about finding pleasure in the midst of pain, and about accepting the things we have suffered.

Although I found this book difficult to read sometimes because of its heavy subject matter, I was always drawn forward by the beauty and honesty with which Ramadan writes. The relationship at the center of the book is loving, tumultuous, and mundane (and I could equally be referring to Hakawati and his lover or Hakawati and Death here). There is no perfection here, only complex people trying to make sense of a world that has offered mostly pain and suffering.

One of the most poignant relationships tracked throughout the book is Hakawati’s relationship to his mentally ill mother. We see her through stories, through flashbacks, and finally through her own perspective. She is a beautifully complicated woman, and her transition from villain to victim is stunning and heartbreaking. Without taking away from the very real consequences of being raised by an impulsive and violent woman, we are also invited to empathize with her as woman struggling with mental illness, misogyny, and isolation.

I also greatly appreciated the complicated depictions of home from a refugee’s point of view. Syria is beautiful, Syria is terrifying, Syria is not what it was…and yet both men at the center of the book return again and again, either physically or mentally. Society often wants to flatten refugees’ experiences into a narrative of rescue, but the truth is far more complicated than that.

That’s the theme of this book, apparently. Complicated and complex. I so appreciate Ramadan’s ability to guide readers into a world without easy answers, and to leave us there, equipped with a sense of peace and of meaning, if not certainty.

If you appreciate an incredibly well-crafted book that deftly handles deep and dark themes, The Clothesline Swing is for you!

0 comments on “The Clothesline Swing by Ahmed Danny Ramadan”