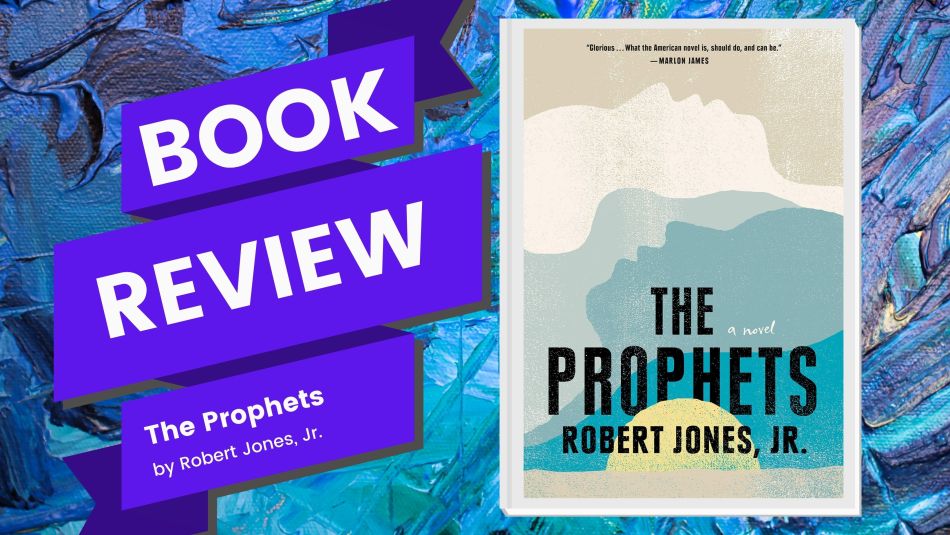 A novel about the forbidden union between two enslaved young men on a Deep South plantation, the refuge they find in each other, and a betrayal that threatens their existence.

Isaiah was Samuel’s and Samuel was Isaiah’s. That was the way it was since the beginning, and the way it was to be until the end. In the barn they tended to the animals, but also to each other, transforming the hollowed-out shed into a place of human refuge, a source of intimacy and hope in a world ruled by vicious masters. But when an older man—a fellow slave—seeks to gain favor by preaching the master’s gospel on the plantation, the enslaved begin to turn on their own. Isaiah and Samuel’s love, which was once so simple, is seen as sinful and a clear danger to the plantation’s harmony.

With a lyricism reminiscent of Toni Morrison, Robert Jones, Jr. fiercely summons the voices of slaver and the enslaved alike to tell the story of these two men; from Amos the preacher to the calculating slave-master himself to the long line of women that surround them, women who have carried the soul of the plantation on their shoulders. As tensions build and the weight of centuries—of ancestors and future generations to come—culminate in a climactic reckoning, The Prophets masterfully reveals the pain and suffering of inheritance, but is also shot through with hope, beauty, and truth, portraying the enormous, heroic power of love.

I don’t generally read novels about slavery or the Holocaust or any hugely traumatic occurrence in which some people brutalized and dehumanized other people (I can do nonfiction more easily, but novels feel more like entertainment to me, and those subjects are not entertainment). However, the book club I am a part of sometimes reads these kinds of books, and I am grateful to have been pushed outside of my comfort zone and to have read such a phenomenal book by Robert Jones Jr.

The story of the The Prophets revolves around the love between Isaiah and Samuel and the way that it effects everyone on a plantation called Empty. However, each chapter comes from a unique character’s point of view, from other slaves to the master of the plantation to ancestors in Africa first experiencing the arrival of and enslavement by white men. The variety of experiences portrayed and the depth with which is character is explored is truly stunning. I cannot believe this is Jones Jr.’s debut novel; he is incredibly talented.

Additionally, the trauma that the men and women in these pages experience is not their whole existence. There are moments of peace and shared bread, shared knowledge, shared support. Most importantly, there is Samuel and Isaiah’s relationship, which is tender, loving, and intimate.

“This is why Isaiah and Samuel didn’t care, why they clung to each other even when it was offensive to the people who had once shown them a kindness: it had to be known. And why would this be offensive? How could they hate the tiny bursts of light that shot through Isaiah’s body every time he saw Samuel? Didn’t everybody want somebody to glow like that? Even if it could only last for never, it had to be known. That way, it could be mourned by somebody, thus remembered – and maybe, someday, repeated.”

I was also very impressed by the way Jones Jr. portrays women. Although two men are the center of the story, I think we hear from women more than men. They are each unique, wonderful, complicated, and stunningly realistic. Perhaps I shouldn’t be surprised that a man could capture the dignity of a woman enduring indignities so well, but I am! My entire heart goes to Maggie, though everyone else is also amazing.

We do get perspectives from each of the four main white slavers on the plantation. They are hard to read, mostly because Jones Jr. explains their motivations in ways that feel relatable without ever letting them off the hook for their despicable actions. He did a wonderful job of balancing their humanity and their own struggles (the wife watches her husband rape his slaves, the son is gay and closeted) with their complicity in a system that grants them privileges at the expense of others.

I was genuinely stressed reading this book, mostly because I couldn’t imagine how it could end with any kind of satisfying close. What kind of happy ending could anyone get in a world that wouldn’t end slavery for another several decades, wouldn’t end legalized racial discrimination for another century, and is still working through cultural and systemic racism? I won’t say that the ending is happy, necessarily, but it is definitely cathartic.

This is a book for anyone who wants a complex, lyrical, female and queer-centric perspective on slavery in the United States.

0 comments on “The Prophets by Robert Jones Jr.”