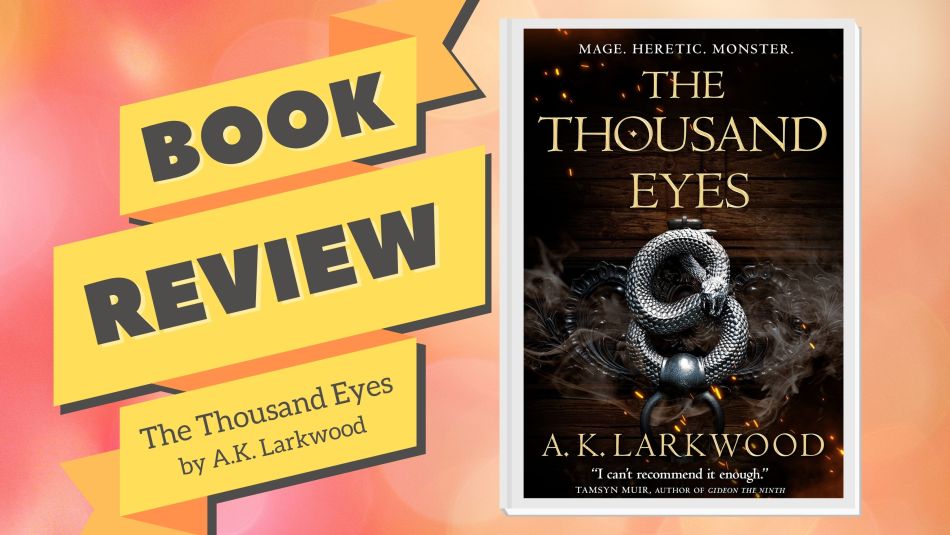 Two years ago, Csorwe and Shuthmili defied the wizard Belthandros Sethennai and stole his gauntlets. The gauntlets have made Shuthmili extraordinarily powerful, but they’re beginning to take a sinister toll on her. She and Csorwe travel to a distant world to discover how to use the gauntlets safely, but when an old enemy arrives on the scene, Shuthmili finds herself torn between clinging to her humanity and embracing eldritch power.

Meanwhile, Tal Charossa returns to Tlaanthothe to find that Sethennai has gone missing. As well as being a wizard of unimaginable power, Sethennai is Tal’s old boss and former lover, and Tal wants nothing to do with him. When a magical catastrophe befalls the city, Tal tries to run rather than face his past, but soon learns that something even worse may lurk in the future. Throughout the worlds of the Echo Maze, fragments of an undead goddess begin to awaken, and not all confrontations can be put off forever…

The Unspoken Name is one of my favorite fantasy novels (my review is here), and I was so excited that its sequel, The Thousand Eyes, was just as good! A.K. Larkwood guides readers back into the world with ease, reminding us of important people and places very organically. This time around, the secondary characters are front and center; we get several POVs, most notably from Tal and Shuthmili. While part of me missed the focus on Csorwe, I also enjoyed getting into the heads of her friends and partners, and it was very satisfying to see her through their eyes.

Speaking of deities! There are so many, and it is so much fun to see the various iterations, the various interactions they have with their vessels, and how their universal thirst for power is actually quite diverse in scope. It was like watching a D&D party full of warlocks navigate their patron bargains in more or less disastrous ways.

The heart of these books is the characters, though, and especially the sheer number of queer characters. Tal gets fleshed out more, and I adore him. Shuthmili and Csorwe have such a great romance that is somehow sweet and simple whilst enmeshed in gigantically dramatic plots. Sethannai is a wonderful antagonist who I never want to truly die, and Oranna is a complex delight. We also get a new character this time around: the nonbinary teen Tsereg, who is a breath of fresh air. I would read an endless series about these six.

If you’re on the hunt for a unique fantasy series with a majority queer cast and a plot that twists and turns over decades…The Unspoken Name and The Thousand Eyes for you!